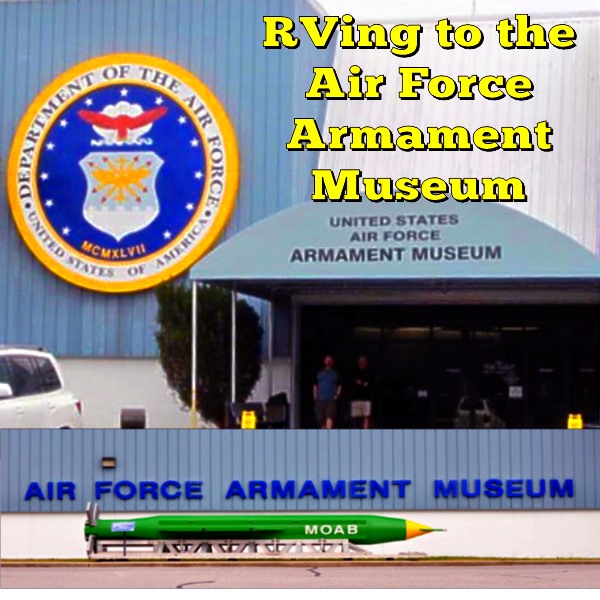 There are times you purposely travel to a specific destination to see or participate in a specific event. Maybe Orlando for the Disney experience or Indianapolis for the Indy 500. Then there are the memorable places you happen to trip across. Tripping across great places is more our style while on our part time RV adventures. Such is the case of our Air Force Armament Museum experience.

The DW (dear wife) and I were about four weeks into our Snowbird expedition staying at the Rocky Bayou State Park near Niceville, Florida. This is a well maintained little park that is located close to the coastal attractions yet far enough away to avoid the noise and heavy tourist feel of the coast.

One morning we had decided to do some “tourist” things and drive into Fort Walton Beach via the lesser traveled roads. As we skirted around Elgin Air Force Base we spotted it, the SR-71 Blackbird on it’s perch in front of the museum. Being people that tend to deviate from our path the place became a must see for us.

As we entered the parking area we quickly realized we were driving into history. The out door exhibit area displays everything from the SR-71 to representatives from nearly every war the United States has been involved with back to WW II. Prop planes, Jets, Rotor wing are all there for you to see and touch. The enthusiast could spend hours without entering the museum building. A feeling of awe, inspiration and pride all hit you at the same time.

Save 50% off of Campsites With Passport America 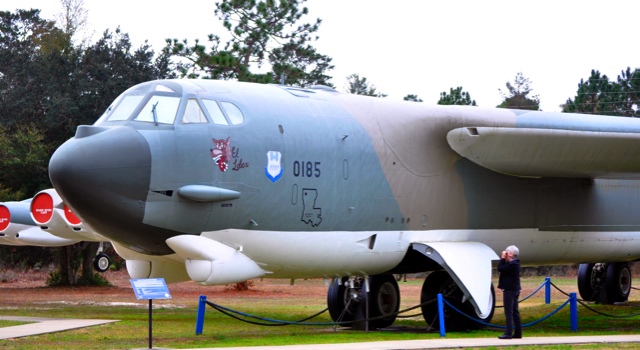 The Defender of Freedom; The B-1 Bomber

We resisted the urge due to the light rain to take the pathway from air craft to aircraft but went directly into the museum. Our first surprise the entry was free, no charge, keep your money in your pocket. This alone is unusual for Florida and especially unusual for the level of professional information we were about to experience.

From our initial entry there was a air of reverence and respect. The museum moves their guests from the early years of WW I with it’s hand dropped bombs and turret machine guns of the biplane era to the weapons, bombs, planes and people of our modern Air Force.

Many exhibits are hands on such as the A-10 Warthog flight simulator and many more are protected in full wall displays. We learned about the weapons of every war from our first flying machines to present day high tech aircraft.

There is more than just the weapons. There are the stories of the people, their lives and their sacrifices in serving this great nation. Each area honoring those that served and those that gave up their lives in the protection of our nation.

We touched a replica of the first atom bomb, the MOAB (Massive Ordnance Air Blast not mother of all bombs) and learned of their development history, the technology and the massive destructive power. We read the stories and listened to the recordings of the soldiers, the leaders, the politicians.

As impressive as the displays and aircraft of the modern day were I gravitated to the displays of World War II. Seeing and touching the objects of the era brought to mind the many stories my father had told me of his and my uncles experiences aboard the aircraft carrier Wasp. Seeing these aircraft, bombs and weapons brought his stories to life. In a fleeting moment I could feel their pride, fear and frustrations of life and death of the airmen and sailors of the war.

If your interest is ordinance it is on display. From the hand held machine guns, hand held bombs to be dropped on the enemy from an open cockpit war plane to modern computer controlled weaponry. Stroll through the “gun vault” to view the displays of both hand held and aircraft mounted machine guns.

If your focus is military memorabilia and uniforms it is there. There is more than impressive aircraft. The indoor portion of the museum offers a knowledge of where our nation has been and where it is going in the defense of America. 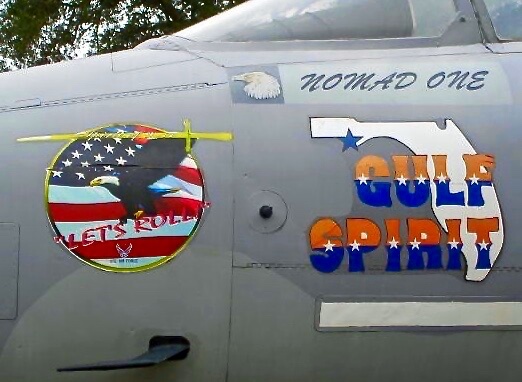 After more than an hour of being overwhelmed we decided to walk the path of planes. There are many excellent examples of fighting, transport and surveillance aircraft. I was drawn to the B-1, the SR-71, the C-130 and the B-19. The DW was fascinated by the many logo’s and icons painted on the side and tails of the aircraft.

After more than another hour we found ourselves exhausted, overwhelmed, proud and reverent in our respect of our members of the United States Air Force. As I had mentioned, this is all free but you can donate to help support the cause. We did. 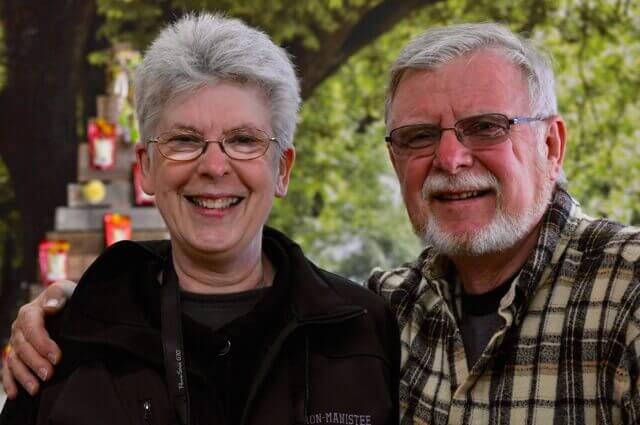 Micheal “Mike” Whelan is a retired wild land firefighter. He and his wife Diane recently retired with one goal of traveling and learning the true history of North America. By the true history he means the culture, the people, who their people were and why they live where they do and how they live. Mike retired from the emergency services in 1995 first working as a consultant and in 2001 starting a software business. The first product was scheduled to be released on September 10. When the attack came on September 11th the old product was shelved and immediately scaled to service the new requirements of the emergency responders. The intended local business went national the following year.

Necessity caused extensive travel across the U.S. and parts of Canada, always working and never having time to visit and get to know the people. The business was sold in 2015. Mike and Diane decided to get their affairs in order and begin visiting all of the places as a tourist often times becoming emerged in the local culture. They are part timers of snow birders having no desire to sell everything and hit the road. Now retired and no longer “working” from their RV on the road their adventure is just beginning.

The travel adventure includes extended two or three month travels as well as short one or two week trips in their 2003 Winnebago Adventurer. On long trips the take their “toad” (a 2014 Jeep Wrangler). Mike and Diane are photographers and explorers. Much of Mikes photo time is nature photography, Diane captures people, the unusual, often seen but seldom observed. They live in Traverse City, Michigan (a tourist capital in its own right) and use their motor home to visit their children and grand child. Blog site is http://michealwhelan.wix.com/whelans-on-the-road

Do you have any suggestions or comments on this topic? You can add them to this page by using the comments section located near the bottom of this page.