Getting Fuel While RVing Baja Mexico 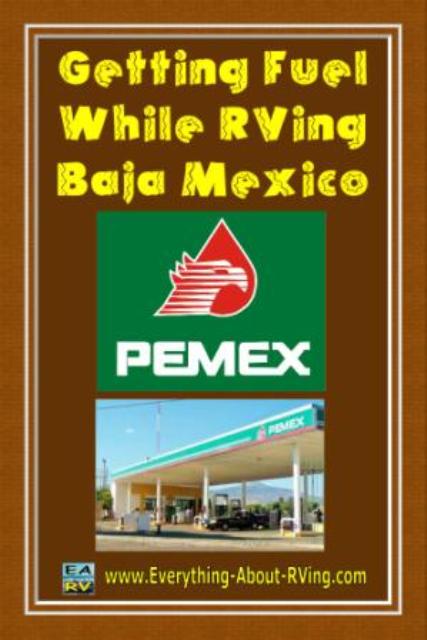 
PEMEX aka Petróleos Mexicanos is the Mexican state-owned oil & gas company, we had something similar in Canada called Petro-Canada created in 1975 and merged with Suncor Energy in 2009.  This Mexican company was created in 1938 when all private foreign and domestic petroleum companies were nationalized into a single entity.  A major labour dispute in 1938 inspired President Lázaro Cárdenas to side with oil workers who were striking against foreign-owned oil companies for an increase in pay and social services.  On March 18, 1938, citing the 27th article of the 1917 constitution, President Cárdenas embarked on the state-expropriation of all resources and facilities, nationalizing the United States and Anglo–Dutch operating companies, creating PEMEX.  In retaliation, many foreign governments closed their markets to Mexican oil.  In spite of the boycott, Pemex developed into one of the largest oil companies in the world and helped Mexico become the fifth-largest oil exporter in the world.  As of 2009 PEMEX had a total asset worth of $415.75 billion, and was the world's second largest non-publicly listed company by total market value.

Our experience with PEMEX has changed dramatically since our first encounter in 1985, particularly on Baja.  Back then stations were far and few between, the fuel storage tanks were above ground and we had to add a fuel supplement to the regular grade fuel we put into our 1977 Ford Camper Van so it would run without pinging.  We were warned from the outset of our first trip into Mexico to watch out for the attendants’ cheating you when pumping the gas.  We only actually experienced this once, on the mainland in between Puerto Vallarta and Acapulco.  30 years ago we found the stations old, often not very clean (particularly the washrooms) and without many other amenities.  Cash was the only option when paying, pesos or US funds, we cannot recall if we could pay with traveller cheques (do not think so).  It was not uncommon that we came across a station that had run out of fuel.  Fortunately our old E250 had two (2) tanks and we always carried a full gas can.  At one time there was a PEMEX station at the junction of HWY1 and road to Bahia, today you can always find entrepreneurs selling fuel from barrels, also in Catavina.

Today Baja has no lack of PEMEX stations, these are franchised and often you will see them within 2 or 3 blocks of each other.  For decades Bahia de Los Angeles was a town you always arrived full as it was a long way, El Rosario to the north, Guerrero Negro to the south, to access a PEMEX station.  Today LA Bay has 2 PEMEX stations, owned and operated by two different families in town.  Many of the stations are new, very clean particularly the washrooms, sometimes they even have toilet paper!  Many of the newer stations have OXXO stores, the largest and most profitable convenience-store chain in Latin America.  Many PEMEX stations now take credit cards as well as cash, always good to ask for a receipt which can come in handy if you are claiming a rebate from your domestic insurance carrier.  The challenge for an RVer is to find a station that has lots of room for entry and exit, particularly those with bigger rigs.  The good news is many of the newer stations have lots of room, usually enough to arrive with 6 or 7 RVs, fuel up and then park.  Almost always you will find the Diesel and Gas pumps separated, often on each side of the PEMEX station.  It is important to remember that the Magna (regular gas) pumps are green, Premium gas pumps are red and Diesel pumps are black. 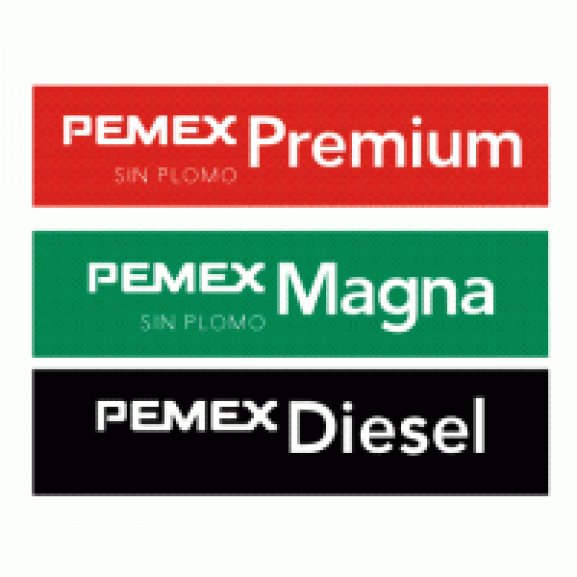 It is common knowledge that Ultra Low Sulfur Diesel (ULSD) is the type of diesel fuel which has very low sulfur content. ULSD is more environmentally friendly as compared with Low Sulfur Diesel fuel (LSD).  Starting with 2006, ULSD has been widely available across North America and Europe.  This occurred because the countries from North American and Europe adopted new emission standards which involved extensive use of ULSD.  Some countries from the rest of the world took similar measures while others lagged behind, such as Mexico.  Starting in 2007, all Diesel vehicles manufactured in US and Canada have been designed for ULSD.  There has been a lot of debate over the impact of LSD on newer diesels that run on ULSD.  Many experts and owners agree that LSD does not affect the performance or operation of the vehicle.  The real issue lies in the fact that a person might lose their warranty for some components in case they use LSD on a ULSD vehicle, for GM vehicles the warranty on the exhaust system may be voided. We know ULSD in Mexico can be routinely purchased in the northern border area, Mexico City, Guadalajara and on Baja.  Unfortunately the efforts of the Mexican government to make ULSD universally available across Mexico have met with limited success so far.  Until 2010 owners of vehicles which run on ULSD could only purchase the fuel in Northern Baja.  Unfortunately, PEMEX gas stations located in Southern Baja sold only LSD fuel brought from the mainland.  The good news is since 2010 ULSD have been available throughout Baja.  You see PEMEX doesn't sell the gas to the end user, independent franchise stations do and with the rise in PEMEX prices (diesel has been historically subsidized) and addition of many more ULSD vehicles on Baja all the fuel now flows from depots in Mexicali, Ensenada and Rosarito.  The proof, as they say, ìs in the puddin`.  The last couple of seasons we have had many USLD RVs on tour, including late model 2012 Mercedes, Ford and Cummings, all without incident.  PEMEX fuel prices remain very competitive; 95 cents CDN a liter or $3.47 US a gallon for regular gas, I recently paid $3.72 a gallon in Blaine for gas and the pumps locally here in Metro-Vancouver are advertising $1.41 a liter to fill up our Ford E 350.

We look forward to being back on Baja!


Return to the RV Lifestyles Articles Page from the Getting Fuel While RVing Baja Mexico Page.