Where have all the Snowbird RVers gone in Los Cabos? 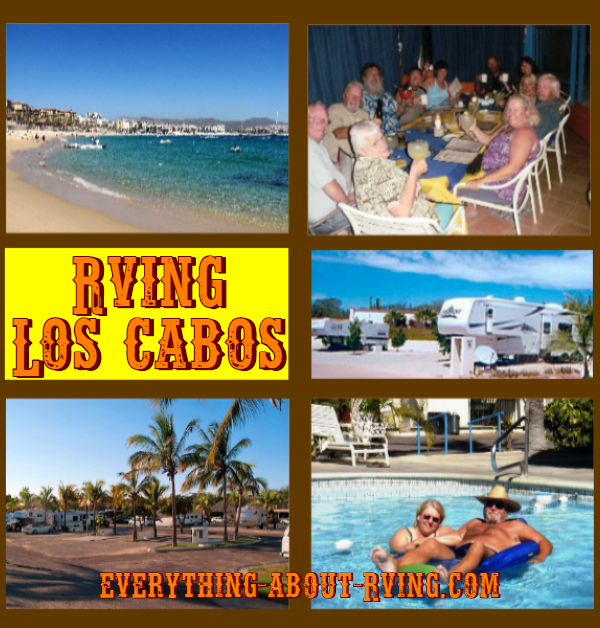 Where have all the Snowbird RVers gone in Los Cabos?

October 15, 2017 - Since our first visit in 1985 to Baja what has remained constant is change, nowhere more apparent then the change we have witnessed in Los Cabos (San Jose del Cabo to Cabo San Lucas with a 30 km (18 mile) corridor running between them.  At the time the current four lane highway between Cabo San Lucas and San Jose Del Cabo had only commenced construction very near Cabo San Lucas.  We still recall 2 or 3 workers with shovels, a couple of wheelbarrows and a mule and saying to each other “this could take a while!”  There was literally nothing in between the two towns other than the several RV communities on the beach.

The most popular of these were the El Tule Arroyo, Playa Chileno (Shipwreck Beach) Playa Santa Maria and Playa Viudas (Widows Beach), Playa Medano (known now as “The Office”), with the exception of El Tule, all swimmable, some with coves and lots of snorkeling.  There were groups of 25 or more RV communities settled in for the winter with many others beaches also hosting campers, you can still walk an old access road adjacent to the Villa Serena residential complex that takes you down to the beach where RVs once parked.  Within a few years all the beach camping in this area was over and with the completion of the 4 lane corridor, development truly took off.  The last sea shore camping in Los Cabos ended in 1991 with the closure of Ship Wreck beach to RVs (we camped here in 1985).  Also popular at the time was the ferry service from Cabo San Lucas to Puerto Vallarta on the mainland, the terminal was out of town at a protected inner harbour, this service ended years ago in 1989, this is now the Cabo San Lucas Marina.

Sad news about all that great beach camping, good news was all the RV Parks and Campgrounds that sprung up despite the relentless development in this newly found tourist paradise supported by a world class international airport.  The 1990s were the heydays of the Los Cabos campground lifestyle with no less than 12 opening for all those Snowbird RVers Baja bound.  Fast forward to the present day and the current state of affairs for camping in this Mexican paradise is nothing short of abysmal.  The last RV Park that could accommodate any size of RV Caravans or size of RVs for that matter closed in 2016, Villa Serena RV Park.  In fact, we had reservations for our 2016/2017 Baja Amigos season and were forced to scramble to make alternate arrangements after being notified in late September of the closure.

We thought now would be timely for a walk down memory lane fondly recalling all RV Parks and Campgrounds, some still open, but only a shadow of the former self. 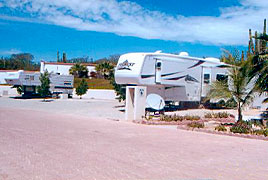 This was probably the nicest RV Park in Cabo San Lucas.  Back in the day their website boasted “Welcome to our Corner of Paradise!!! After your adventurous drive down the Baja California Peninsula, come rest and relax at Cabo Glorieta RV Resort park in Cabo San Lucas, Mexico.  The RV lifestyle can be everything you have imagined at our uniquely and beautifully designed Park, Cabo Glorieta RV Resort offers nothing less than the absolute best.”

Designed as a giant traffic circle just 3km north of Cabo San Lucas this place was extremely popular and eventually the RVers built casitas or small homes on all the RV pads although there remain a few spaces for long term RVs over the winter.

This still exists today on the north side of Hwy 1 up from the Corona Depository to the top of the hill not far from Cabo Glorieta.  The RV Park aspect of this “RV Village” has long since disappeared and again been replaced with well developed residences, sometime with the RVs buried inside. 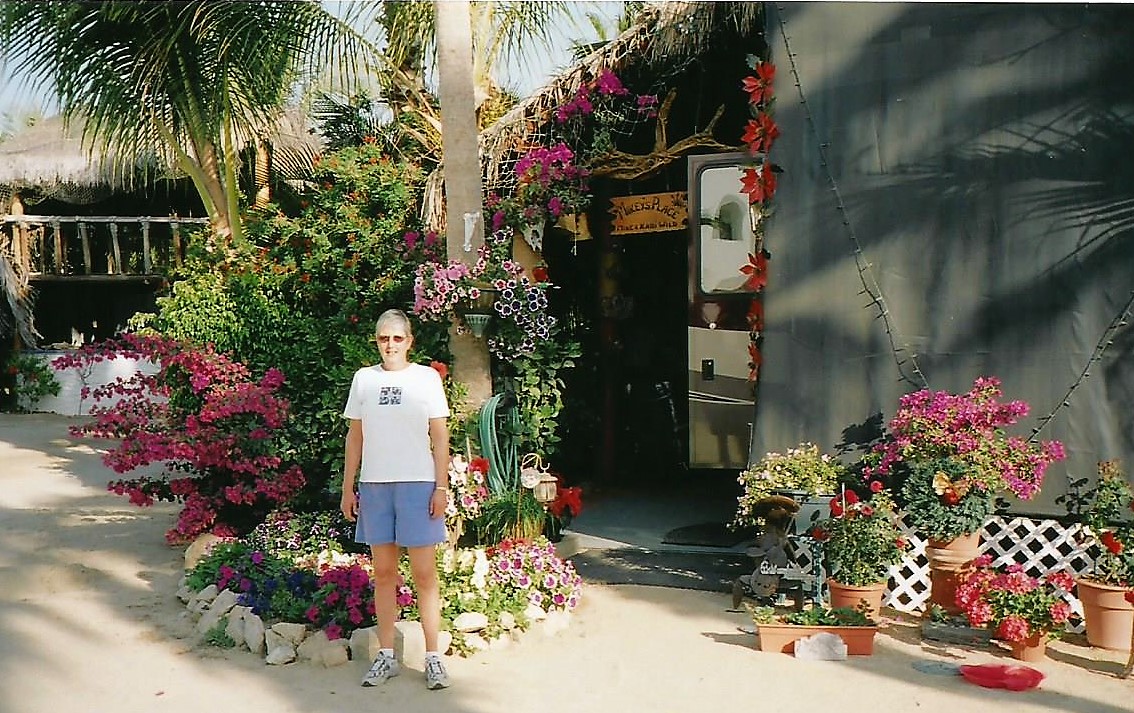 Opened in 1991 this was very popular with RV Snowbirds and the only RV Park on the beach located on the corridor just south west of San Jose Del Cabo in between km 29 and km 30.  This park had 50 full service sites including 20 pull throughs, plus at least a dozen full time residents including our friend Peter Cashmore who now resides at Vagabundos and is the Co-Owner of the restaurant in that park.  We stayed there in 2005 and enjoyed the beach bar, pool and restaurant which included live entertainment.  In 2007 the residents were told the park had been sold to developers and a condo project would start immediately, they were given 30 days to vacate.  As of March 2017 the gates are locked, the site basically unchanged and the old sign still visible on the wall.

This park was located on the high side of the connector at about the 5 km mark north of Cabo San Lucas (near COSTCO) with a stunning view of the harbour and El Arco (the Arch).  With 80 spaces including 40 pull thru sites and many permanent residents located near the back, this was also a very popular RV Park back in the day.  It is hard to say when this park closed, as it really just deteriorated from inattention and neglect.  We can say with some certainty that we saw no RVs in the front part of the campground as of 2010 and the site was actively being demolished as of the fall of 2016.

This park opened in 1981 only 3 km north of Cabo San Lucas across the highway from Walmart with 34 spaces.  We were not surprised to learn that a hotel developer from Las Mochis purchased the property to build a 5 star resort on the site and the place closed in 2008.  We are also not surprised that as of 2017 the hotel has yet to be built.

Located at the corner of Boulevard Paseo de La Marina and Calle Melchor Ocampoin Cabo San Lucas this park was a great location for those that wanted to be close to all the action only a block away from the marina.  This was a small campground with only 16 spaces and closed in 2000.

With a palm tree at each site and a view of El Arco this park was located at Km. 3 of the Los Cabos corridor.  Basically an open field with 25 sites, this park closed in 2001.

Located a dozen blocks north of the Cabo San Lucas harbour, this park was originally on a dirt road considered to be out of town.  With 28 big spaces, hook-ups, good bathrooms, a restaurant, bar and gift shop, this was once a popular in town park.  We dropped by in 2008 and the restaurant was definitely a going concern, the campground not so much, although the hook ups were still there, not sure if they worked. 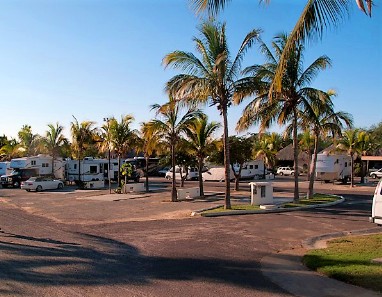 This RV Park was originally opened in 1987 by the Mexican Travel Club of the same name and sold to Jose Arballo years later.  We really liked the park as did our guests in the early years of Baja Amigos.  The park was opened with almost 100 sites, 30 amp services, 2 washrooms with showers, a great restaurant, laundry and pool located only 3 Km from Cabo on the beach side of the corridor.  This was a first operation for sure, however in 2013 about a 3rd of the park was sold to an Auto Dealership which eliminated all the RV Snowbird traffic.  Now all that remains are the restaurant, office, full time residents at the back and washrooms.  We continued to make a restaurant stop a highlight of our tours until we could no longer stay in Los Cabo.  There is a couple of spaces available for longer term stays. 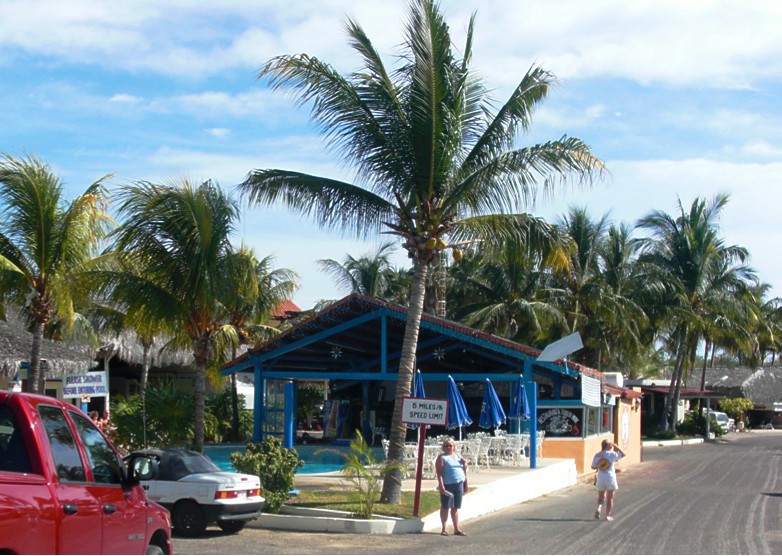 Located near Vagabundos, access is unfortunately from a narrow dirt road which can work for smaller RVs, not so much for bigger motorhomes.  This is the last campground where RVers can stop in for a short stay, if they are not too large.  With 15 spaces (more or less) it is important to review comments on line about Club Cabo so you have some idea of what your experience will be.  Last season one of our competitors had reservations at Club Cabo for their 18 RV Baja Caravan, this included several larger rigs.  In February of 2017 when we dropped into the San Lucas Plaza for our scheduled shopping and banking stop we found several of the large RVs on this tour camping on a side street next to Walmart, yikes!

When we could no longer stay at Vagabundos we made the move to Villa Serena which had 60 spaces at Km 7 across from Home Depot.  Very basic, lots of traffic noise from the corridor, it was easy in and out and worked for ourselves and the other caravan companies.  The restaurant on site by the same name was good for breakfast, pricey for anything else, but we were in Los Cabos.  We have been told that the RV Park will be the site of a new Mega Shopping Centre, we will see what and when something happens.

Clearly you will never see RV Parks or Campgrounds built anywhere near the water or on the corridor between Cabo San Lucas and San Jose del Cabo again.  This past season the development on the connector was going stronger than we have ever seen before, at least ten large projects on the go.  However, there is hope and not just the town east of Vancouver, BC.  A new inland highway runs from San Jose del Cabo to North Cabo San Lucas, a total of 30 kilometers (18 miles) that will be connecting Highway 1 with Highway 19.  This Cabo bypass is finished and drivable and from what we know the properties on the highway-frontage remain available.  Anywhere along this bypass would be a great location for a destination RV Resort on the scale of anything we see in the southern US.

When this happens, we are confident Los Cabos will again return to the glory days of the Snowbird RV paradise of yesteryears.


Do you have any suggestions or comments on this topic? You can add them to this page by using the comments section located near the bottom of this page.